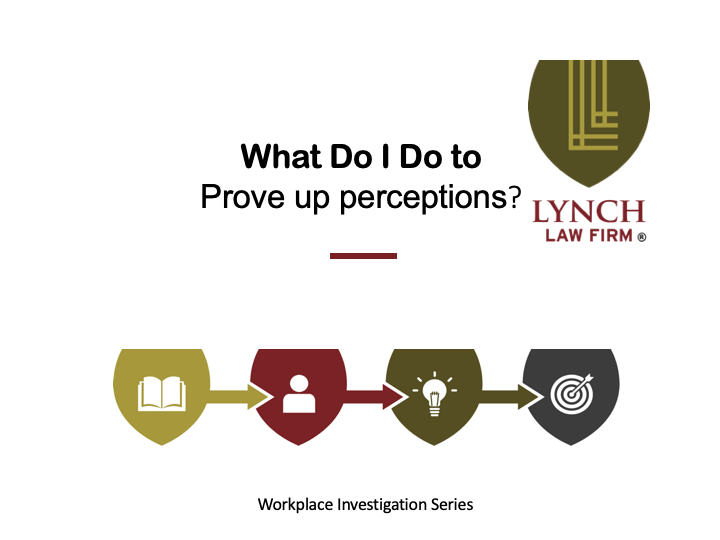 What do I do to prove up perceptions during a workplace investigation?

Everybody has a different definition of what is and is not appropriate in this situation. Some people in some industries and some offices cuss all day, every day, and in other environments, cussing would be an automatic termination.

But the point is that things are open to perception. And so I can't ask somebody was that appropriate unless I'm asking some follow-up questions. Right? So if the accusation is that he always behaved inappropriately, I need to get from my reporting party a little bit more about what that means. Is it sexual? He always talks about violence. Is it that they always make racial jokes? What is it that's inappropriate?

And then, I probably need to use investigative counts to figure out what the reasonable person in that environment thinks about that person's behavior. So the jokes that Tom is telling are they appropriate in your workplace? Are all the jokes that Tom tells racially based? Are they sexually based? Are they funny? Things like that. But then, at the end of the day, you have some context for whether or not something is appropriate because you've asked some of the follow-up questions and gotten to what is applicable in that location, in that environment, and amongst the people that built the culture of appropriate or inappropriateness within that.