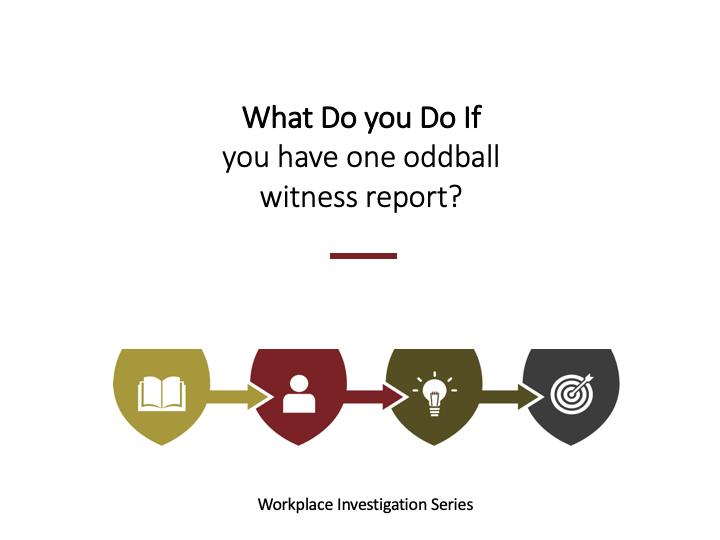 What do I do if one witness report is not like the others during a workplace investigation?

For example, maybe you have eight people say, "Bob stole the truck on Tuesday," and then you had one person say, "The truck was never stolen. Bob doesn't work here, but Betty stole a sedan on Thursday." These conflicting reports happen sometimes, and you have somebody with a significantly distinct perspective from everybody else. That's part of why we interview more than one person, right? So that we can get some 'more likely than not' odds about the actual occurrence.

The thing that you avoid is ignoring that in the report. You want to present inconsistent information to your client because that makes the report real. Then you also write about the inconsistencies in the report. In the report, you explain why their perspective is different or just that nobody else perceived it, so that person's perceptions are not reasonable.