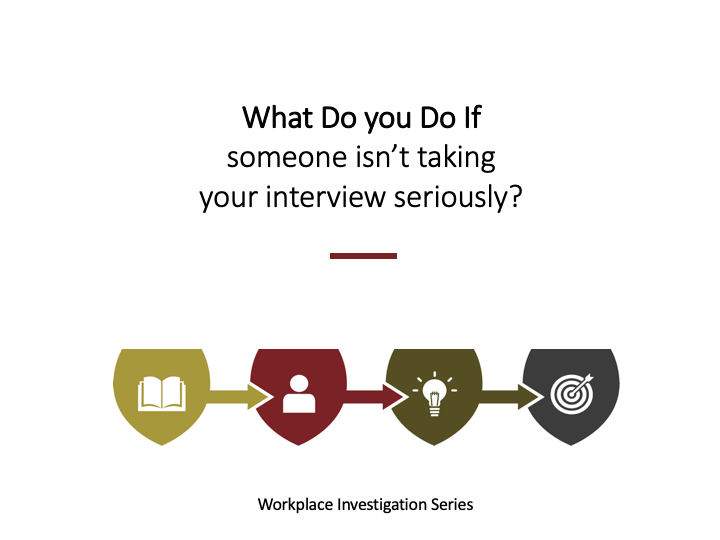 What do you do if somebody is not taking your investigation seriously? That's sort of not on you unless you're the reason that they're not taking it seriously. Sometimes I'll make a joke or ... especially a self-deprecating joke about the investigation to kind of build rapport, to sort of break the ice. But, if somebody is just insistent in using humor as a way to deflect from being uncomfortable in an investigation, that's really on them. But you can say things like, "Hey, you're hilarious, but this interview will take forever if I can't get some straightforward answers." Another technique is to say: "I wrote down that I asked the question but I still don't know what the answer is" Or, "Hey, can we circle back to that question I asked you because you told me a really funny story, but it's a pretty far topic." But at the end of the day, if someone just will not take your investigation seriously, I think you write up in the report and report back to your client that the individual was unable or unwilling to engage in a serious conversation about the questions asked.