Lopez vs. Kempthorne: Americans with Disabilities

The Americans with Disabilities Act is a civil rights law that protects people with disabilities from discrimination. Under the ADA, potential employees with disabilities must be allowed ample accommodations that would enable them to take part in the application process and the performing of necessary functions of the job. For example, an individual with documented back problems may request special equipment, such as a standing desk or a specialized chair. Refusal to offer reasonable accommodations, or to pass up a capable employee due to their disability for promotions, pay increases, or greater opportunities may be in direct violation with the American with Disabilities Act. 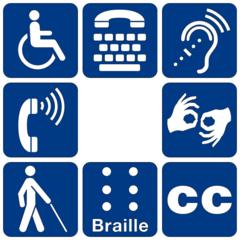 Lopez v. Kempthorne, a Supreme Court case from 2010, highlights the issues that are faced by Americans’ with disabilities, and employment issues related to the American with Disabilities Act. Felicia Lopez, a government employee for the Department of Interior, alleges that she was unfairly treated due to her race, gender, and disability.  Felicia Lopez argued that she was systemically passed over for pay increases and subjected to a hostile work environment after she was diagnosed with Myofascial Pain Syndrome. Lopez alleged that her position was transferred and she was demoted from a management position to a technical position regardless of superior marks and no complaints regarding her work. Lopez also alleged that she was treated with hostility by supervisors and reasonable accommodations were not made for her that would help to relieve her symptoms.

Felicia Lopez's case brings to light issues pertaining to disabilities and how a lack of empathy and accommodation for workers living with disabilities undermines laws intended to protect such groups. The defendant in this case Kurt Kempthorne argued that Lopez was not treated unfairly and accommodations were made to make work accessible to her.

These type of allegations must be investigated by employers after an allegation of discrimination based on disability.  In addition to satisfying legal obligations, workplace investigations can help employers identify any intentional or unintentional bias that is inter workplace. The law further requires the investigation be performed as "promptly" as possible.

Lopez’s Americans with Disabilities Act case highlights several issues that employers of disabled workers face. Lopez alleges being passed up for supervisory work, she notes retaliatory activities, and a lack of accommodations for her documented disability. Each of these claims could have been comprehensively vetted by a competent workplace investigator to immediate alleviate clear discrimination.  Businesses and companies that are interested in ensuring they adhere to the ADA specifications should develop a protocol to engage in an interactive process regarding disabled employees. That plan should also include properly investigating claims of disability related discrimination.

Texas case undecided on whether the Texas Commission on Human Rights Act (“TCHRA”) prohibits employment discrimination on the basis of ...
Learn More

Our hearts go out to the family of Dr. Katherine Lindley Dodson and her colleagues at Children's Medical Group  - 01/28/21